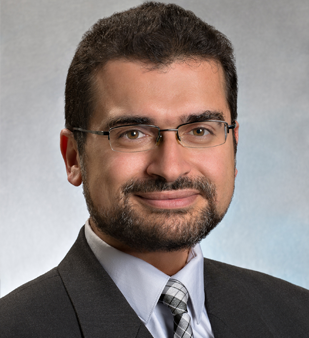 Mohamed El-Dib, MD is the Director of Neonatal Neurocritical Care at Brigham and Women’s Hospital (BWH) and Associate Professor of Pediatrics at Harvard Medical School. He is a neonatologist with additional training in neonatal neurology. The BWH Neonatal Neurocritical program is a multidisciplinary group of specialty trained nurses, neurologists, neuroradiologists and developmental specialists. This group has established guidelines and protocols aimed at providing standardized, focused, and integrated care for babies with or at risk for brain abnormality or injury. The Brigham and Women’s new state-of-the-art NICU provides comprehensive care for neonates with neonatal encephalopathy including therapeutic hypothermia, neuromonitoring and neuroimaging.

Dr. El-Dib has numerous publications in the field of neonatal neurology. His research is focused on neonatal neuromonitoring and neuroprotection. In neuromonitoring, he has been using amplitude integrated EEG (aEEG) to evaluate brain maturation in premature as well as brain injury in neonatal encephalopathy. Dr. El-Dib has also been investigating the use of near infra-red spectroscopy (NIRS) to assess cerebral circulation, oxygenation, and oxygen metabolism in these populations. Regarding neuroprotection, he has been a co-investigator in multiple studies on various neuroprotective agents including ascorbic acid, ibuprofen, melatonin and autologous cord blood.