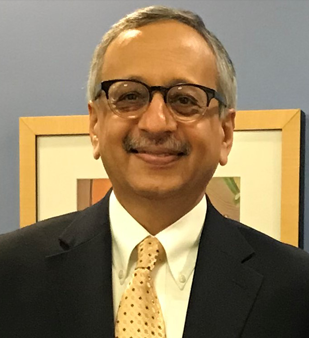 Dr. Mathur is a Professor of Pediatrics in the Division of Neonatal-Perinatal Medicine at Saint Louis University School of Medicine. Having completed his Pediatric training at Delhi University and his MRCP (Edinburgh, UK), he trained in Neonatal-Perinatal Medicine at Washington University in St. Louis and was a faculty member there until June 2019. His research in neonatal brain injury has a focus on monitoring and treatment of neonatal seizures and understanding the role of physiologic changes, during transition after birth, on intraventricular hemorrhage (IVH) and white matter injury in premature infants. He helped develop and validated an MRI scoring system being used in the HEAL trial for hypoxic-ischemic encephalopathy. Clinically, his interests lie in the implementation of neonatal neurology programs in the neonatal intensive care unit environment.